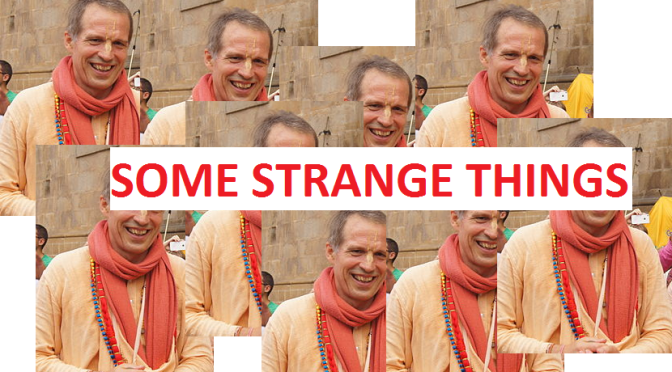 This is Bhanu-nandini dasi, SNS disciple eating food from the hands of a vraj resident.

Quoting an incident from Bhaktisiddhanta Vaibhava

Further indication of Nitya-sakhā Babu’s deviant tendencies came at mealtimes, when the Gauḍīya Maṭha devotees witnessed him and a friend pushing into each other’s mouth morsels of food from their own plate—a practice typical of prākṛta-sahajiyās.

There is too little evidence at hand to conclude anything. It may be just a local sahajiya man wandering off to the site of this skit and he may have feed food to Bhanu Nandini Dasi. And she might have not understood that as well. This is not insidious.

But to think that Krishna Das the mayavadi singer has any devotion in him towards Krishna is a complete foolishness. A foolishness that this woman and her guru commits.

We will leave the conclusion to you. Haribol!